Do you ever hear yourself saying something that you know to be right and think, “How do I know that” 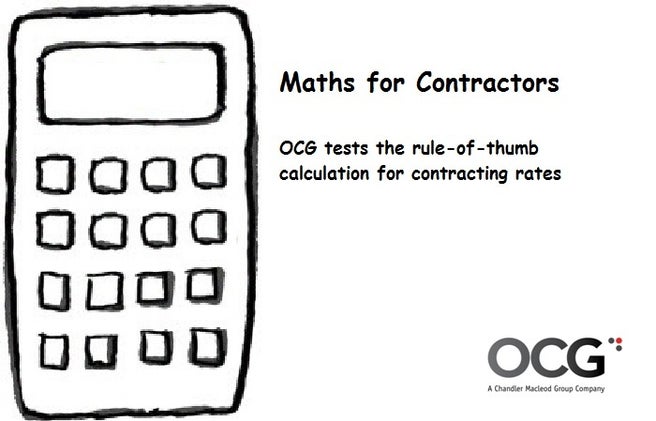 Simple: take the number of thousands of dollars an equivalent permanent role pays and halve it to get roughly the hourly rate. So a $100k role is about $50 per hour. We can tell you that it is generally true in the market but the problem is that many contracting roles are filled with people working in exacting fields: accounting, IT and (believe-it-or-not) marketing. People in these disciplines aren’t interested in what the number is roughly, they want to know what it is actually. Don’t tell them what an amount might be, tell them what it is. Specifically.

So let’s dust off the Casio and see if what we know is right. Let’s start with the 100,000 permanent annual salary just to make the maths easier. Using the rough guide of halving the salary gives us $50 per hour. Multiply that by eight hours a day and by 260 weekdays in the year makes a total of $104,000 so we’re a little ahead. Obviously you won’t work every single day.  If you take four week’s leave the total goes down by $8000 and you probably won’t work the 11 public holidays which is another $4400 leaving us with $91,600. So far that’s the fun stuff, now there’s $3000 for the employer’s contribution to Kiwisaver that you won’t be getting as a contractor. Then there’s the ACC contribution at $3400 and $1923 to cover the five days sick leave entitlement you would receive if you were an employee. Now you’ll be feeling a little glass-half-empty with a total of $88,600.

What do you do? We’ve done the maths for you so you can confidently multiply the equivalent permanent salary by 1.2055 precisely, divide by 260 for a daily rate and divide again by 8 for your hourly rate: $57.96 Get in touch if you would like us to show our working.

Let’s be clear: we’re not discussing this to encourage you to ask for a pay rise, more to make sure you have taken everything into account when looking at your contract rate. At the same time you will be weighing up the intangible benefits of contracting (see Back to the future: the rise of contracting). The biggest driver of what you will earn is what the market will pay and that is a much more complex calculation.