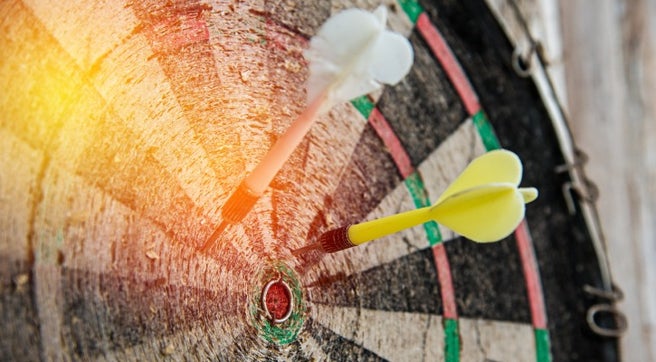 With 2017 well underway, will the somewhat slow start over the last two months define a quiet year ahead for Wellington’s recruitment landscape? To an extent, with the upcoming general election on the horizon, such a start could have been expected. However, New Zealand has a history of becoming paralysed with uncertainty at what’s going on with the rest of the world. Despite a few bumps, our economy is as strong as ever, and as one of the most innovative countries per capita in the world, why is it so easy for us to lose sight of the great position we’re in?

Global events, such as Trump’s presidential election, Britain’s upcoming divorce from the EU and China’s rising debt has cast doubt over the international business scene. However, these events will largely leave New Zealand unaffected and our economy is currently in a great position. There is little reason to stem innovation and growth, yet emerging recruitment trends appear to be painting a different picture.

There is a suspicion that New Zealand employers are wary of what’s to come and aren’t taking advantage of our resilient economy by investing in big projects. If our economy was in a bad shape, we would have entered another recession when the global market price for dairy dropped in 2014. In the past, such significant damage to our main export industry would have brought a decline GDP growth. Recent experience has in fact seen a huge increase in GDP contribution from the services industries, such as the boom in tourism, which more than offset the negative dairy impact.

Today, GPD is rising and the NZD is holding firm against the GBP, AUD and USD despite their uncertain markets. The tourism boom, which is now at three and half million a year, isn’t going anywhere any time soon and the net gain of migrants is just over 70,000. Whilst some predict that the flood of migrants from the ‘Trump/Brexit’ exodus will see that figure rise, unless our immigration rules are loosened, they’ll have to wait in line. Although, we’re not very good at handling the downside of migration, such as Auckland’s housing crisis, an influx of skilled migrants will only benefit New Zealand’s economy, if employers decide to take advantage of the great position the country is in.

A Change in Mind Is Needed Before Opportunity Passes Us By

When we look at the underlining problem behind why businesses are reluctant to take advantage, I think it’s more psychological than economical. As a country, we’ve had plenty of opportunities to be down on ourselves and not do things because they didn’t feel right or Australia was doing so much better. Although that’s not the case anymore, that attitude is still there. When you compare how things are with how they were after the last three major New Zealand recessions (1987 stock market crash, 1997 Asian market crash and 2008 global financial crisis), you can see a lot of the strengths of New Zealand’s economy when you leave all that in your wake. It wasn’t long ago that people were looking to leave because the outlook wasn’t looking great, but now we’re a top destination for skilled migrants and investors.

I recently listened to an interview with Radio New Zealand’s Jesse Mulligan and Sir Ray Avery, the founder and CEO of award winning development agency, Medicine Mondiale. Whilst discussing his reasoning for immigrating to New Zealand, Avery said, "New Zealand is an extraordinary country for someone who is an innovator, because we’re the most innovative country per head of population on the planet. Most people don’t know it but we are.”

Avery went on to add, "Nobody talks about it. If you go [back] to the early 50s then you’ve got Colin Murdoch… He invented the plastic disposable hypodermic syringe, which everybody has been inoculated with.”

"In terms of inventing stuff, we’re really cool. There’s a guy called Scott Houston who nobody has heard of, but he developed this technology for processing data very quickly and he sold his business to Microsoft.”

Avery then concluded with a statement that I think sums up our entire problem, "We’ve very clever at doing stuff but we’re lousy, unlike the Americans and Australians, at showing off a bit.” I think the key to solving this problem, is to change our frame of mind and be more vocal about the great work we do and the innovative strides we make as a country. We have so much to be proud of.

All you need to do is look at the Edmund Hillary Fellowship or the recently announced LookSee Wellington project to see that New Zealand is a haven for innovation. Our strong and resilient economy provides numerous opportunities out there for New Zealand businesses, meaning it’s a great time to get out there and do some exciting things, and hire some great people to help you leverage those opportunities. It’s a time to be positive without being foolhardy and it would be a mistake not to be.