Legislation and Education – Making a Change in Workplace Safety Culture 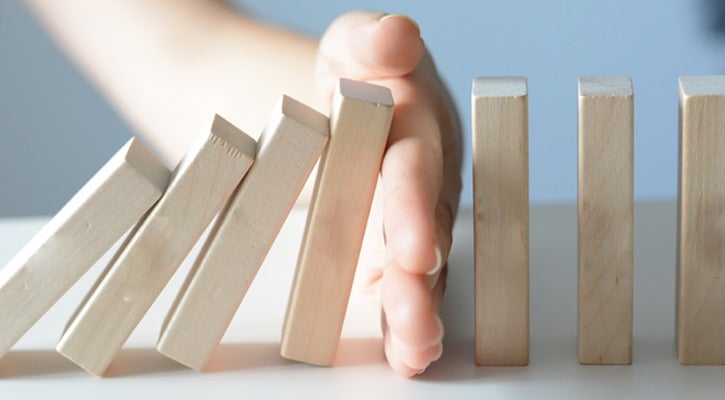 As you likely know by now, new Health & Safety legislation came into force on April the 4th this year, after the Pike River Mine Disaster forced the need for legislative change. This legislation changed the roles and relationships in the workplace when it comes to Health & Safety, with more responsibility now on those with the managerial capacity to influence Health & Safety protocol to create the safest work environment possible. However, although the legislation has now changed, do we need more than legal pressure to truly improve workplace safety?

The legislation defined several key roles within businesses: PCBU, Officer and Worker. The PCBU (person conducting a business or undertaking) includes employers, principals, persons controlling a workplace and independent contractors. Officers are those at the highest level of the organisation who have the ability to significantly influence the management of a business or undertaking. These include:

- Any general partner in a limited partnership

- Any person who exercises significant influence over the management of the business or undertaking (e.g. the Chief Executive).

Officers have an important role in leading Health & Safety culture throughout a business or undertaking, and have a duty to ensure that upholding Health & Safety standards is considered when making policy and investment decisions. The Worker is anybody carrying out work for a PCBU, including employees, contractors and subcontractors, employees hired through a recruitment agency and volunteers. Officers must ensure that businesses are following the correct Health & Safety procedures and PCBUs must liaise with Workers to create these procedures, with Workers doing what they can at work to be as safe as possible.

If these Health & Safety responsibilities are not met there can be serious legal consequences, including fines for organisations and the threat of jail-time for individuals. However, although the legislation carries some more forceful measures, is it enough to improve New Zealand’s poor Health & Safety record in comparison to other countries? The answer to that is: probably not. Although the new laws are a step forward, behavioural and cultural change is needed within organisations in order to truly raise workplace safety standards across the board.

New Zealand’s workplace safety record is poor in relation to other OECD countries. In 2013, a report was published by the Independent Taskforce on Workplace Health & Safety that revealed that about 200,000 people per year claim medical costs as a result of being harmed at work, and 23,000 of those are injured seriously enough to require more than a week off. Workplace fatalities, when measured per 100,000 employees, happen twice as frequently as they do in Australia, and six times more often than in the UK.

A recent NBR article caught my attention, featuring Landcorp Farming CEO, Steve Carden, speaking about the workplace fatalities that occurred under his watch. In the 25 years since the company was established, Landcorp suffered four workplace fatalities. Between mid-2014 and mid-2015, despite a significant investment in Health & Safety processes and systems, there were three. Carden said that this signalled "systemic problems in our business and a culture that was fundamentally misaligned with safety.”

"The fatalities made us look very hard at our safety culture,” said Lucy Wills, Landcorp’s General Manager of People and Safety. "Yes, we had made improvements and there were lots of positive signs about the leadership we were establishing in the industry; but the reality is that when we look outside agriculture, there is a higher benchmark we should be aiming for.”

Not shirking responsibility, Carden saw the incidents as his own failure as CEO and put Health & Safety to the forefront. Ensuring that good Health & Safety practice was ingrained in Landcorp’s culture became a top priority. Extensive conversations about safe practice took place with staff, and substantial changes were made in regards to how Landcorp operated as a business. Carden said that Landcorp quickly came to the realisation that making good Health & Safety practice a part of Landcorp’s culture is "a long-term journey that can never be given up on.”

This is an approach that we’re starting to see an increasing number of companies undertake. In the construction industry, an industry that doesn’t have the best reputation in regards to Health & Safety, we’ve seen a real change of attitude. Health & Safety is being treated with the utmost seriousness and organisations such as Site Safe have become more prominent in the industry.

Although tough legislation is a good motivator of change, Site Safe CEO, Alison Molloy, believes that cultural and behavioural shift is the change that needs to take place. "The legislation itself is not scary if an organisation is already doing a good job with regards to Health & Safety practice,” said Alison, "The main impact is that the responsibility for Health & Safety cannot be transferred to others – everyone has responsibility. Behavioural and cultural changes within organisations are as important, if not more so, than having great health and safety systems and processes. It needs to become the way we do business rather than an adjunct.”

Lucy Wills says that this is the approach Landcorp is now taking. "We are now setting our sights higher. We want to make a step-change in how our organisation thinks about safety,” said Lucy. "Health & Safety isn't about compliance and it's not about legislation. It's about culture. It's about adopting a new mindset that ensures safety is the lens through which we make all decisions on farm. It's about living the 'safety' ethos - at work and at home.”

So, there is a lot of talk about the kind of changes that are needed; but how can organisations implement those changes and ensure that they’re creating a culture of safety? One way the new legislation helps in doing this is by highlighting the relationship between PCBU and Worker. By making the two parties communicate about what measures are necessary in regards to Health & Safety, it’s easier for the PCBU to put themselves in the position of the worker and ask "what would we want?” to better understand what measures need to be taken to ensure a safe workplace.

John Tulloch of WorkSafe New Zealand, the government's occupational Health & Safety service, also believes that this is key to creating safer workplaces."WorkSafe New Zealand is clear that active leadership and worker participation are both critical to helping lift Health & Safety performance in New Zealand," said John. "That leadership can be achieved through effective worker engagement and participation practices in place, and policies and procedures that are clearly communicated. Leadership is also about actively listening to workers. The more your workers participate, the more likely it is that Health & Safety will become ingrained in your behaviours as an organisation."

Another way to ensure this is to ensure that people are appointed within your business who are responsible for upholding safety standards in and around the organisation. One possible way to do this is to push your Health & Safety function as a business partner, just like many companies do with HR, IT or Finance. Bringing specific people on-board from the outside, who have Health & Safety knowledge as well as organisational psychology knowledge, will help in forming an objective assessment of your current processes and laying the platform for true culture-wide change as a business.

Cliff Hastings, Head of Consulting at IMPAC Services, a Health & Safety business, agrees that behavioural change is the way forward. "While legislative compliance will always be important the Health & Safety sector has increasingly been moving towards models where a good organisation wide safety culture is the key focus,” said Cliff.

Like any business’ main concern should be, Cliff said that IMPAC’s top priority is to make sure that every person gets home safely to their loved ones every day. "Well documented systems and practices along with a good leadership and a safety aware culture will mean that things will go well for most organisations. The trick is to get people to take personal interest and ownership of the idea that the health and safety of their workmates is their concern.”

One of the key parts of getting people to take that interest and ownership is successful organisation-wide communication, as mandated by the new legislation. Having strong relationships between worker, officer and PCBU is critical in reinforcing good Health & Safety practice throughout an organisation. Creating a process that supports a partnership between all stakeholders and encourages participation from everyone involved is key; whether that’s supporting employees in gaining Health & Safety qualifications, or holding regular toolbox talks. Making good Health & Safety practice ‘just part of the job’ can go a long way to creating safer workplaces.

Although legislative change is a great first step, cultural change is needed within workplaces in order to influence behaviour and truly improve our Health & Safety standards. Whether this is by reinforcing your existing standards or by bringing in independent specialists, the most important thing is that you’re doing everything you can to ensure a safe work environment. If you’re looking to improve your Health & Safety strategy, and are looking to hire the people to help you do that, feel free to get in touch with us.