Sourcing with Strategy – From Yachting to Your Business 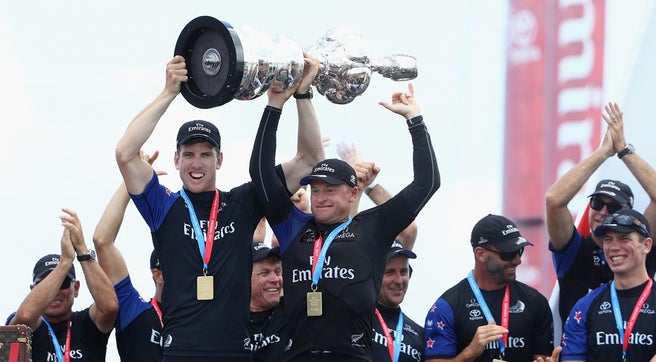 A lot has been said about Team New Zealand’s remarkable America’s Cup success; even on this very blog, thanks to Clare O’Sullivan’s piece earlier this week. However, aside from being a fantastic example of the oft-cited bravery, persistence and Kiwi ingenuity, Team New Zealand are also a great case study of how strategic sourcing can benefit businesses.

Grant Dalton was at wit’s end, needing to assemble the very best team of sailors within an organisation that was behind schedule and walking the wire financially. So, what did he do? He certainly didn’t post an advert on a job board. In fact, he took the same approach as many recruiters and took to scouring social media sites for top candidates (in his case, LinkedIn); trying to find the leading people in specialist areas such as hydraulics, systems programming and aerodynamics. Many called this a gamble, taking a risk on younger, less experienced candidates to upset the odds. However, although it may have been risky, upon closer inspection it looks less like a gamble, and more like a well-executed strategy.

For Dalton, not only would posting a job ad reveal more knowledge over to the competition, but specialists in niche areas aren’t easy to come by. If they were out there, they were probably already in a role and if not, they would have the pick of opportunities. If they’re considering their options, chances are they won’t even be looking at a job board in the first place. The only way to attract them would be with a great story – a strong purpose – and winning the America’s Cup isn’t something that most organisations have up their sleeves.

Social media channels are a great avenue for this. In my own experience of recruiting people for specialist positions in the realm of high-performance sport, we recently asked a candidate how they kept up to date with the latest changes and developments. Their answer? Their strong networks on LinkedIn and Twitter. The perception that these people aren’t on social media couldn’t be more wrong, especially the young prodigies that Team New Zealand had brought on board.

Even more interestingly, Dalton wasn’t even concerned in whether the candidate had yachting experience. He wanted people with the knowledge he required, and a record of innovation that would help the team to achieve their goals, despite them being the underdog. This is a key sign of an organisation that isn’t hiring to plug a hole, but which is instead taking a strategic, coherent approach to recruitment. Rather than simply finding the person who is the best fit on paper, Dalton and his team looked for those who could provide fresh insights and had the skills to back them up.

As someone working in recruitment, seeing this approach pay dividends for a winning team was especially satisfying. Although job boards have a fantastic range of uses, and they certainly play a significant role in the recruitment world, they’re not always the most suitable tool if you’re looking to engage leading experts. We’ve spoken many times about the importance of culture, purpose, and having something more to offer a candidate than simply a paycheque – especially when other organisations might be able to out-offer you in terms of size, cachet and money. Here’s where emphasising the opportunity you’re putting forward, and the story and people behind it, becomes key.

Nothing was working for Team New Zealand at the outset. So, instead of trying the same tactics, they went back to the drawing board and completely revamped their approach from the top down. The only reason Dalton was able to assemble that team in the first place is because he had buy in from those at the top of the organisation. Many boards would’ve baulked at the idea of bringing people in who had no relevant experience, especially with so much on the line. In fairness, it’d be hard to blame them.

However, the key people at Team New Zealand understood what Dalton was trying to do, were aligned with the strategy, and backed him all the way. When you have alignment across your business, and are able to build a long-term plan that you trust in rather than simply filling the gaps as they come up, you open a range of new opportunities for innovation. At that point, it starts to look less like a gamble, and more like a strategy.