Trust and Communication: Building a Better Performance Relationship with the CEO 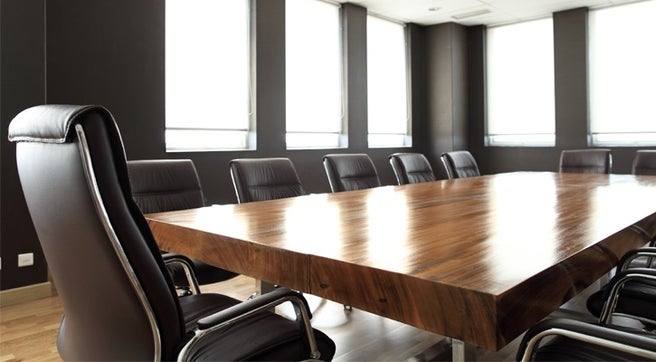 "The single biggest problem in communication is the illusion that it has taken place.”

To become a CEO, you need to display extraordinary commitment, exceptional acumen and an extensive set of skills. CEOs have a significant amount of control over businesses, and most of the people around them in the business are effectively their subordinates. So, aside from the feedback they may get from their board, it can be difficult for CEOs to get an accurate reading on their performance. That makes that performance relationship with the board vital. And yet, somehow, that performance relationship is often cited as a problem. It’s not uncommon for us to hear from CEOs about their performance appraisals being marred by unclear communication and different interpretations.

It seems to be that many boards do not look forward to having a performance review with their CEO, and in kind, many CEOs are of a like mind. The issue is often how the review itself is conducted, not in terms of a system or a process, but how that system is applied and how the people in the review conduct themselves. In reality, there’s no reason to be apprehensive about it, and just understanding a few basic principles can go a very long way to improving the experience for both parties.

Firstly, CEOs are human. Yes, they may be very able, highly skilled people who sit at the very pinnacle of an organisation, but that also comes with its own challenges. It’s for that reason that CEOs can often be lonely and struggle to get feedback from those they work with; sometimes because those they oversee won’t feel comfortable giving criticism, and other times due to the assumption that CEOs don’t need feedback because they are successful.

As you can imagine, however, that’s not the case. Like anybody else, CEOs appreciate feedback that is timely and constructive, and giving that feedback can help to solve problems before they even occur. For example, if some board members feel that the CEO reacted defensively to a line of questioning at a board meeting, why wait until a scheduled meeting that could be weeks away to bring it up? Instead, a day or two later, the Chair could call the CEO and ask about it directly.

Addressing issues in real-time like this gets the issue out in the open, showing that the board is keen to resolve things and clear the air while problems are still fresh. By not giving a chance for the problem to linger or fester, the performance relationship instantly becomes more open and constructive, building trust between reviewer and reviewee. That trust is a crucial element of any performance relationship, as it makes it more likely that both parties will take the ideas of the other on-board.

Performance reviews have two key purposes. Firstly, to assess what has happened. This is historic and can’t be changed. It’s the hard data; the numbers, whether or not objectives have been met, and the soft data; whether there are any indicators that could lead to future issues. This is the really powerful data, where problems can be anticipated and potentially averted. The second purpose is to identify areas of development to improve future performance, and what can the CEO themselves work on to achieve this. This is where the big gains can be made, and often, this is where communication breaks down.

Like many things, preparation is key to conducting an effective review with your CEO. Make sure you’re well prepared and have access to all of the requisite information, including business performance data, customer feedback, staff satisfaction and anything else that might be relevant. Consulting people throughout the business can be useful in getting a more well-rounded view of the CEOs performance. By doing this you’ll ensure that everything you’re saying is fact based, which gives you an accurate overview of the big picture before going into the review and a sound platform for any criticism or improvements you want to communicate.

In addition to all the data and hard facts, an open mind is another important thing to bring to the table. The nature of the CEO role as such a high level, all-seeing position that needs the freedom to make choices brings certain performance expectations along with it. This means that often, when going into a performance review, people’s minds may already be made up. This is not a useful attitude to bring into a review situation, as it can often lead to an unwillingness to see anything outside of that view point. This invariably leads to one party taking a dominant position in the review, can create an adversarial climate, and stymie the opportunity for good feedback to be provided.

Effective communication is the critical point when it comes to conducting effective performance reviews with CEOs. The style of communication from both parties, but particularly from the reviewer, should be consistent with their every-day style to ensure that everybody is on the same page. Demonstrate some active listening skills to check that both parties understand exactly what is being said, and clarify if necessary. Nobody likes giving negative feedback, it doesn’t come naturally to most people. That makes thinking about what we’re going to say – and how we’re going to say it – so much more important, as letting discomfort colour the message can hinder communication in a big way.

It might seem obvious, but it’s all too often that we hear about cases of CEOs being disappointed by their performance reviews, while those responsible for conducting the reviews are saying "that went great.” When considering that these reviews can have such a significant impact on the direction of a business, this dissonance can have major ramifications.

Which brings us back to the George Bernard Shaw quote at the top of this blog. If the two parties aren’t clear on what has been said, and both walk away with different ideas and perceptions of what has just happened, then the communication isn’t just ineffective: it’s not even happening in the first place.

However, if we follow a few basic rules, we’re prepared, and we have elemental respect and trust from one party to the other, then both parties can get a lot from the review process. With these in place, we can create far better performance relationships between the CEO and the board, and we might not dread those review so much in the future. We might even look forward to them.

If you’re looking for any advice on how to structure a performance agreement, or on how to approach the performance appraisal, feel free to get in touch.