Waikato and the Bay of Plenty: The New Lands of Opportunity 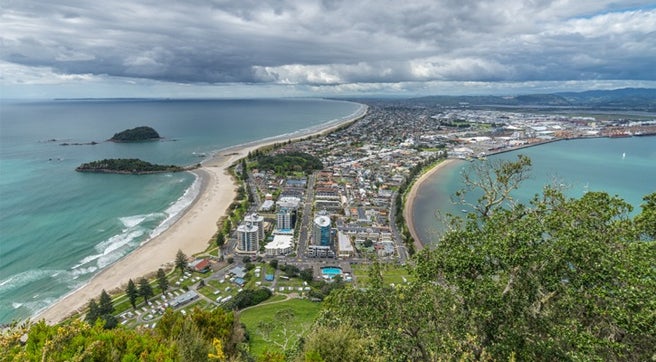 I moved to Tauranga about 6 months ago, joining the ranks of Aucklanders fleeing the madness of the city, the rising house prices and the Southern motorway – now infamous for being New Zealand’s longest car park. I work three days a week from home in Tauranga and have two days in our Auckland office. I’ve gained a better work/life balance and my lifestyle has improved significantly, so I can definitely vouch for the appeal of escaping to the regions. It doesn’t have to feel like buying a one-way ticket, especially if you can work some flexibility into the hours you spend at the office.

We’ve all seen that house prices in Auckland are continuing to rise, and leaving the city is becoming an increasingly common trend. A third of Aucklanders have considered moving out of the city as it becomes increasingly unaffordable, with a further 36% saying they haven’t considered leaving but do think it’s a good idea. For a lot of people, the only thing holding them in the city is their employment. It is a long way to travel between Auckland and Hamilton or Tauranga, and it will never be easy, but the benefits go some way to balancing that out. Not least of which is that house prices in the Waikato and Bay of Plenty regions are much lower.

Economic growth is another big attractor. Waikato is currently New Zealand’s fourth highest regional earner by regional GDP, with the Bay of Plenty in fifth as per the most recent report. Both regions are continuing to grow, with a number of key expansion projects taking place. Being one of New Zealand’s major ports, Tauranga is also host to a wealth of career prospects in the Supply Chain and Operations sector, and these opportunities will only become more abundant as the region continues its growth.

Tauranga makes up one of the points of the New Zealand’s "Golden Triangle” of commerce, with Auckland and Hamilton making up the other two. According to Jeremy Wade, Head of Trade Me Jobs, job listing numbers have increased in every region around the country in the last 3 months of 2016, but the Bay of Plenty and Waikato continue to be "the stand-outs” with 38.9% and 31.8% listing increases in each area respectively. The Waikato area alone is set for a huge increase in its job market with major projects underway like the new Waikato Expressway, an inland port at Ruakura, and an intermodal freight hub at Horotiu, just north of Hamilton. The Upper North Island is looking to see a big stir in freight economics, stemming from the Waikato and Bay of Plenty region’s rapidly growing numbers of importers and exporters.

Tauranga and the Bay of Plenty is not just a group of beachside communities anymore; Tauranga is at critical mass in terms of having an economy of its own. The port sees a huge amount of product being moved through it, from wood to avocado and kiwifruit. A lot of businesses no longer rely heavily on New Zealand suppliers and buyers, looking instead to take their commerce international. There is also a huge amount of construction going on in the Bay of Plenty and Tauranga regions, and suppliers need their products shifted to the various sites. Tauranga Mayor Stuart Crosby has confirmed that the construction industry is running strongly with the number of consent figures rising, saying that this growth will continue well into 2018 at a minimum.

The Gap in the Market

The logistics and supply chain market is rapidly growing. The 2014 National Freight Demand Study forecasted a 60% growth in freight volumes in the Waikato region by 2042.The market can’t depend solely on the local talent pool anymore, especially when it comes to management roles, as the volume of people simply can’t match the growth of the market. With that in mind, companies are looking to connect with top talent from outside of the region, and this is where skilled professionals from Auckland (and beyond) can come in and fill that gap – with the added benefit of getting to escape the city and change their lifestyles (without having to sacrifice career opportunities). Where previously a job in the city was a must-have if you wanted to progress your career, roles in growing regional markets are now becoming more complex and presenting more opportunities for progression.

Furthermore, an exponentially growing number of companies are moving towards embracing greater flexibility when it comes to hours spent in the office. With digital solutions like Skype for Business and Dropbox paving the way for people to work from anywhere, it becomes a lot easier to ease yourself into a role if you’re looking to relocate.

The Waikato and Bay of Plenty regions are an open, growing market right now, and there’s so many opportunities for people with the right skillsets. It’s now easier than ever to ease yourself into a relocation, so there’s no need to let the apprehension of making a big physical move hold you back from a bold career move with buckets of potential.

Like any big move, moving to the Waikato or Bay of Plenty will likely come with some level of effort and stress. But is that any different to commuting on the Southern Motorway each day? If you’re sick of the traffic, or an employer looking for a few tips on how to embrace flexible working, feel free to get in touch. As someone who has a foot in both markets and understands the unique demands of relocating, I can provide market updates and keep you informed on the latest opportunities. Whether you’re an Aucklander looking for a regional role or you’re based in Tauranga or Hamilton and looking to move to the city, we can help you find exactly what you’re looking for.