Why It's Not Worth Tampering with Your CV 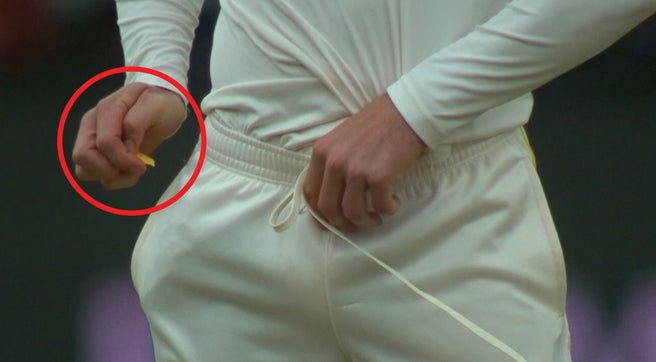 One of the biggest stories in the world of sports this year has been the Australian ball-tampering scandal in cricket. In short, an Australian player was caught on camera trying to rough up the ball with sandpaper, and after an investigation, it came out that this was planned by the leadership group of the team, with all the players involved receiving unprecedented bans from Cricket Australia.

The Australian cricket team were caught in one act of dishonesty to give them a small advantage, and then the whole web started to unravel. You might be wondering why I’m telling you this, and how this is relevant to careers, but it’s the same with your CV. Many people are often tempted to obscure the truth somewhat, or just plain lie, in order to make themselves appear as a more suitable candidate. A little more experience here, a new skill there – it’s not a big deal, right? Who will ever find out?

The issue here is that these days, if someone wants to find out, they can, and very much will. This makes lying on your CV an even riskier game, and one that rarely results in a worthwhile reward. Here’s why it’s not worth tampering with your CV.

You Will Always Worry About Getting Caught

If you’re putting something that isn’t true on your CV, then you’re doing so consciously. Once you’ve done so, even if it’s a small lie, you put yourself at risk of someone finding out about it. This thought is going to be going through your head throughout the interview, which is going to put you off your game. Worse still, if you get the job, you’ll have even more to worry about. For example, if you’re in the tech sector and you’ve overstated your programming skills in a certain language, then you’ll be stressing out at the prospect of being asked a compromising question whenever the conversation steers too close to that topic.

All of this will come together to make your time at work a lot less satisfying and enjoyable than it otherwise would be. Nobody wants to be at work stressing out about something that should never have been a factor in the first place. Imposter syndrome will kick in and affect your engagement, and your performance, and that’s without even being caught.

You Will, Eventually, Get Caught

Somehow, the truth always comes out sooner or later. You may find that you’re asked a question in an interview about a skill you don’t have, or that one of the interviewers was a member of a group you weren’t really a part of. Chances are that if you thought it was worth including on your CV, then you thought it was something that would leave a positive impression on the person you’re applying to. This also means that it’s likely they’ll ask about it in the interview, leading some fairly immediate awkwardness. It’s difficult to tell your potential employer “I’m sorry, I can’t go into more detail on that, I made it up,” so you’ll be forced into doubling down on your lie.

Once you’re in a role, your worst-case scenario can take place, where you’re asked to do something that you aren’t capable of doing, even though your employer thinks you are. Not only do you risk embarrassing yourself, but if your employer finds out that you lied on your resume, lied in the interview, and lied throughout the time you have spent at the company, then it’s very likely that all trust in you will be lost, and any goodwill built will evaporate.

It Will All Crash Down on Your Reputation

If you lose your job, it’s not just the immediate implications, of being unemployed and needing to search for a job, that you’ll have to deal with. Word gets around, and your reputation will be damaged, which will make it that much harder for you to find a new role, especially if you’re looking to stay in the same industry or sector. Depending on what your next step is, your mistake could follow you for a long time.

The simple fact is that it isn’t worth lying on your CV, even with the smallest of deceptions. If you find yourself doing it, ask yourself “why? What am I going to gain from this? How much does this really matter?” If the lie that you tell is the difference between you getting an interview and not getting an interview, then it probably isn’t the kind of job that you should be applying for. And if it isn’t, then why even bother lying in the first place?

Much like cricket, it’s great to win when you find a job. However, it’s a much better feeling when you win fairly, and end up somewhere that you genuinely feel at home.