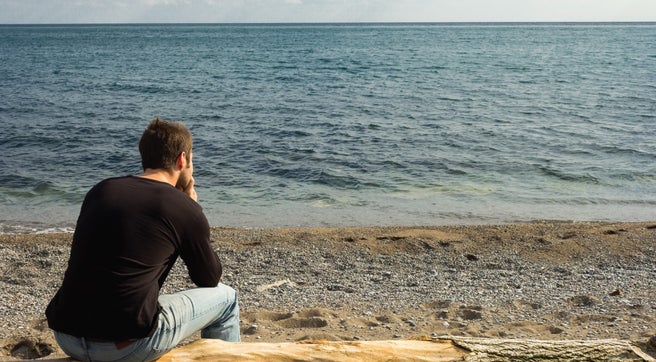 The release of Australia’s budget by Treasurer Scott Morrison, last month got me thinking. ‘Oh, how times have changed.’

For as long as I can remember, New Zealand has had this mentality of being Australia’s little brother and otherwise living in its shadow but today, that couldn’t be further from the truth. The Australian Government says its “still on track to return to surplus in 2020-2021.” That’s three to four years from now, which is a stark difference from our economy. Not only have we had our third surplus in a row, but we’re also one of the very few developed countries who are currently running a fiscal surplus.

Although it’s clear that our economy is currently very strong, something unusual is happening within Wellington’s recruitment market. Despite there being some fantastic career opportunities in the capital, there is a lack of candidates willing to push forward. In contrast, interest from overseas markets have been rising. So, what’s behind this concerning trend and how can it be changed?

For a time, the mentality of the “little brother syndrome” was justifiable. The year before the Global Financial Crisis struck heralded the start of a long-winded and expensive collapse of the non-bank finance sector. So, when the GFC reared its ugly head in 08’, we were already in a recession and the recruitment market took a huge hit from which it only slowly recovered.

Two years later in 2010, I was presented with the opportunity to work in Australia. With the bleak outlook in New Zealand and with few other choices, I decided to take it. The first thing that hit me was how buoyant Australia’s market was compared with the abysmal state of affairs back home. The Australian Government was heavily investing money into the economy post-GFC and then there was also the mining boom. As a result, the country was doing very well for itself and it continued to do so for a few years.

The second thing that hit me was that I was very aware that I was a migrant – a visitor in this country. Not because anyone had said anything other than the usual jokes of how I pronounced ‘fish and chips’ or ‘six’, but because I had moved to Melbourne, a city of four million people at the time, and I didn’t know a single person.

When I started to meet people, I realised that first, this place was full of migrants, and second, every Australian I had met, albeit not knowing much about New Zealand, was welcoming and friendly. When the Christchurch Earthquakes in 2010 and 2011 struck and the Pike River Mine disaster occurred at the end of 2010, , Australians were genuinely concerned about New Zealand and those who were affected. I quickly realised that all those expectations of the brash, rude and competitive Australians I had believed I would be meeting weren’t true at all. Maybe I was the one with the chip on my shoulder. Once I had changed my mindset, I had a fantastic and prosperous time in Australia before returning home to Wellington. That same change of mind is needed in the accounting and finance market here in the capital.

Reluctance to change until 2017 is over could end up damaging your career and New Zealand’s economy. Some New Zealanders might be holding back in preparation for something catastrophic about to happen to our economy later this year. After all, if you think about it, our economy has been damaged every seventh year of the decade for the last 30 years; the Share Market Crash of ‘87, the Asian Financial Crisis of ‘97 and the collapse of our finance market in ‘07. However, if New Zealanders continue to refrain from taking on new opportunities, this could end up being a self-fulfilling prophecy.

On the other hand, although a lot of New Zealanders are staying here to make strong careers for themselves, the recruitment market still reflects a landscape where many people are heading out overseas with the idea that they’ll be better off. When I left New Zealand in 2010, I was an economic migrant following one of the few opportunities that had presented itself. If I were to leave New Zealand today however, those reasons would be very different. Even though this year’s Australian budget has seen taxes increased and spending moderated, the country is struggling to return to surplus and has been tightening visa requirements, levying its biggest banks and charging overseas students more for their degrees as a result. In comparison , aside from running our third consecutive surplus, New Zealand’s unemployment rate is falling and interest rates are stable. So, when you compare the economic outlook for both Australia and New Zealand, you would be much better off this side of the Tasman – economically speaking.

Although, in my experience, interest from within the country for senior accounting and finance roles has recently quelled, international interest has heightened, particularly from the UK, US and Asia. For some reason, we seem to feel put-upon whenever we don’t have the same opportunities that we give to other people. However, if you know what you want, there are plenty of opportunities waiting for you right here. When ex-Prime Minister, John Key, left office, he said that “his legacy was a more confident New Zealand.” And he’s right. Compared to post-GFC, the New Zealand we have today is in a far better position. We don’t have to feel inferior to Australia, or anyone else for that matter, because we’re not – but a change in mind is needed before this potential can be truly realised.

We, as a country, and our economy, are in a fantastic position but to truly capitalise on it, we need to put the problems of the past behind us. If you want to move overseas to forge a career for yourself then you should absolutely follow that path, but you should first consider your reasoning. If it’s for economic reasons, then I invite you to revise them as there are plenty of accounting & finance opportunities here in Wellington. All you need to do is reach out and ask.