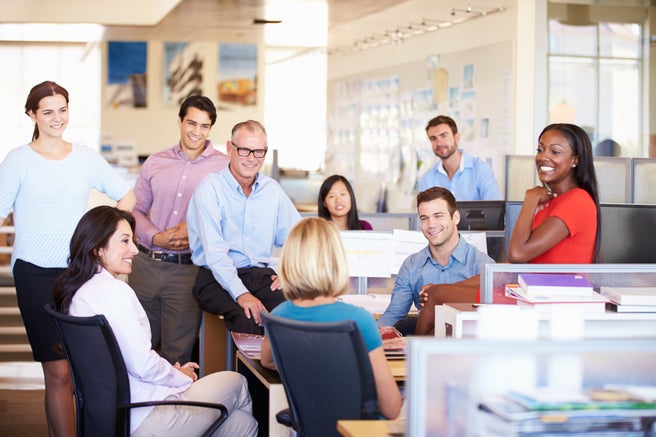 While the opportunities are there, organisations aren’t always interested in bringing older people in – especially for higher level roles. There is a perception, a fear, in the market, that many older people are too big or too expensive to bring in, that they aren’t up to date with market developments, or that they won’t stay for very long with the lure of retirement on the horizon. Some don’t even assess or consider them based on these assumptions, even though they’ve applied for the roles!

I speak to so many candidates who are around the 55-60-year-old range, who are rebuffed by employers for the reasons above. Instead of reaching out to the applicant and having a conversation, employers are seeing a CV with decades of experience and immediately placing them into the “no” pile, even though they may be the perfect person for the role.

These arguments are far too often based on presumption rather than fact. The fact is, with this approach you’re missing out on some of the most experienced, hardworking and dedicated professionals in the market. Opening your mind to older workers may just provide your business with the competitive advantage it needs.

There’s this perception that hiring people with a great deal of experience will upset the team balance, as well as a concern that junior team members might find it difficult to work alongside them. It’s time to flip this thinking on its head.

Diversity of thought is so valuable in any work place. Hiring someone with a depth of experience and they will nurture and mentor team members, as well as help to grow the team’s skillset and expertise. They will also be able to share examples about how they’ve overcome different challenges, and help the team deliver stronger and more mature strategies and business solutions. The fact is, these are people with decades of real-life work experience to draw upon. Why wouldn’t you want to embrace that? Furthermore, their maturity and business understanding can help to bring greater stability to the team, and create a more focused work environment. They’ve seen it all before and know the best way to navigate issues, ignore the noise, and be effective and efficient in getting the job done.

It’s not uncommon for employers to avoid candidates who are more senior than themselves as they’re worried they may end up taking their position. The truth is, most of these people don’t want to step into those shoes or have that responsibility. Most of them have already done these roles earlier in their career, and their professional motivations have shifted entirely.

So, rather than dismissing an older, more experienced candidate, take the time to have a chat with them and understand their motivations. I’ve found that often those who have come from very senior management positions have moved away from them because they’re at a point in their life where they want greater life/work balance. So, have the conversation, ask the right questions, and be thorough in your recruitment screening. When done properly, you’ll be able to decipher their motivations and allay any concerns you or other members of the team may have.

It’s Not About the Money

Additionally, when people see a CV that’s pages long and filled with senior roles, they immediately think “they’re too expensive”. In reality, money isn’t commonly a driver for most of these applicants, and they’re often not as expensive as you think. As I’ve already mentioned, it’s all about understanding their motivations. If money was important to them, they’d be applying for the roles offering those big salaries. For many of them, they simply love to work and are not ready to slow down professionally. If they were ready, they would. So, don’t focus on their age or their years of experience; focus on their skillset and how it can benefit you.

Don’t assume someone is not going to add value to your business because they’re a few years older than other candidates. There’s a reason they’ve had a long and successful career. It’s because they’re great at what they do. And the reason they’re applying for the role you’re advertising is because they want to keep being great. Just because someone is in their 50s or 60s doesn’t mean they’re ready to hang up their boots. Don’t assume these people aren’t up to speed with digital technologies either. Think about it: they’ve had long careers for a reason – people don’t last for a long time in high level roles without being able to keep up with change.

Another reason employers often are reluctant to hire people 55 plus, is because they want long tenure, and people this age are seen to be in their working twilight years. However, when it comes to loyalty, age isn’t really a factor. Hiring someone who is 25 is no guarantee you’ll keep them for five years, and with younger employees there is a pressure to continue to provide them with opportunities to progress their careers. In fact, with older employees, you can actually be more likely to be rewarded with loyalty. More often than not, these people are making the choice not to retire. They want to keep working and contributing to the workforce instead. They know what they want and they’re not at the start of their careers, meaning they’re less likely to jump ship for that next “bigger and better” opportunity. What you’ll gain is an experienced, loyal, committed, and reliable employee, who is keen to deliver for your business.

I’ve seen employers miss out on so many talented hires because they were far too quick to dismiss them due to age and experience. Make sure you don’t make the same mistake. Embrace the positives of older candidates and give your workplace the competitive edge. If your business is struggling to find the right candidates, contact me today to discuss how I can help your company engage top talent, no matter their age!