Great at Work: Translating Deliberate Practice to the Workplace 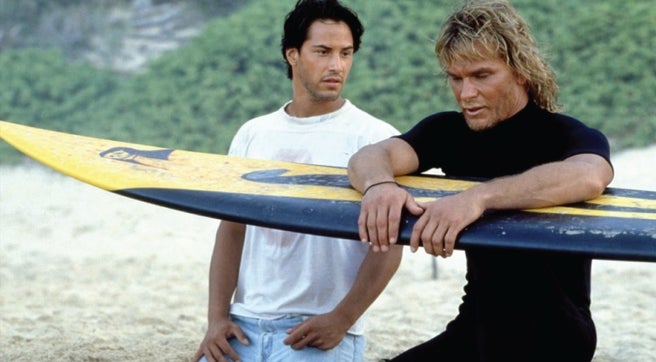 If you’ve watched the original Point Break film, you may remember the scene when Johnny Utah is in a surf shop on Malibu Pier paying for his “rhino chaser” surfboard. Johnny is clearly out of his comfort zone as he faces the prospect of learning to surf so he can infiltrate a bunch of no-good bank robbers. Matters are then made worse when the pre-pubescent grommet behind the counter selling him the surfboard smirks and says, “Hey, man, guys your age learning to surf…it's cool, there's nothing wrong with it”, to which Johnny replies incredulously, “I’m 25”.

Those with what Dr Carol Dweck calls a “growth mindset”, the idea that new skills can be cultivated at any age through effort and perseverance, would share his disbelief. New skills at any stage of life are possible, even when learning a skill like surfing. I know – I did it. One of the advantages of learning a new sport later in life is that you tend to take a more disciplined approach. I was captured by Anders Ericsson’s work on Deliberate Practice – the theory that skills can be mastered by breaking them down into components and then focusing on improving that particular movement. While regular practice might include mindless repetitions, deliberate practice requires focused attention and is conducted with the specific goal of improving performance.

In surfing, getting to your feet is generally the hardest part (or the “pop up” in surfing lingo). To practice, I would break the pop up into components (shoulder and core strength, feet placement, bottom turn, etc.) and then refine each movement until it became second nature. It actually worked and I now I am a relatively competent surfer. Deliberate practice does work, and it got me thinking whether you could apply these principles to the workplace.

Morten Hansen seems to think you can, although it is not a straight “cut and paste” job. In his book, Great at Work, he introduces his “learning loop”, which is a continuous process of trial, error, retrial and ultimate improvement. The loop consists of four steps: do, measure, feedback, modify, then back to redo. Break down an abstract skill into a specific behavior. Measure the behavior by zooming in on a couple of metrics. Seek out constructive feedback, modify the behaviour, then try again, starting the loop from the beginning.

Unlike deliberate practice in a sporting context, you discard isolated practice in favour of learning as you work, using actual experiences. The concept is not exactly new as experiential learning has long been regarded as powerful – think of the 70/20/10 ratio. This concept adds a bit of clarity to the 70%. It also doesn’t take as long – only a few minutes a day to get good. Feedback is received rapidly, not just from mentors and coaches but peers, direct reports, and bosses, allowing you to incrementally improve with each step.

The idea that you can continue to learn regardless of your age or experience is wonderfully heartening and humbling. I have just completed a training course titled “Business Development 101” by the marvelous Kirsty Munro and found it hugely beneficial. It focused on really specific behaviours that lend themselves to Hansen’s learning loop. It’s great to know that after nearly 25 years in recruitment, there are still so many opportunities to learn and improve. Now I just need a few more good days at Lyall Bay to improve my backhand.

Is there an activity that you’ve learnt recently? I’d love to hear your thoughts.