How Are Different Generations Responding to the Changing Workplace? 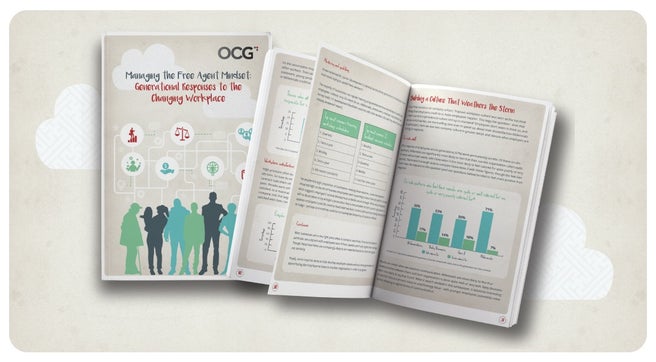 The modern New Zealand workplace is a rapidly changing environment. In our previous whitepapers – Responding to the Changing Workforce and Preparing for the Future of Work – we investigated how technology, globalisation and other factors are impacting people’s work, and changing the skills they need to learn to be successful. However, there remained a gap in the insights and an important unanswered question: If everything is changing so fast, how are the different generations responding?

We aimed to discover the answer to that question by surveying nearly 300 employees across New Zealand, in addition to over 60 organisations. These individuals represented a detailed cross-section of industries, skill levels, qualifications and, most importantly, age groups.

Here are some of the key findings from our whitepaper:

Given how rapidly jobs come and go in a changing world, it is no surprise that there is a growing fear of job loss among people of all age groups. Nearly three-fifths of respondents somewhat or strongly agreed that there is a constant need to adapt to change as well as a growing fear of job loss, an attitude more acutely felt by both Baby Boomers (80%) and Generation X (79%). However, Generation Z respondents felt the most uneasy about their future work, with 100% of this generation agreeing with the statement.

This is one of our most notable findings, given there is a strong correlation between the actions of employers regarding offering job security and the feelings of fear among employees. A full 79% of employers somewhat/strongly agree that they are less likely to offer job security and ongoing employment these days, and 69% somewhat/strongly agree that their employee relationships are more short-term than they used to be.

We identified what appears to be a self-fulfilling prophecy at play regarding job security in New Zealand across all demographics. Wider market factors may be making employers feel nervous to offer security, which makes employees fear for their future prospects, meaning both parties now tend to assume that employment relationships will be short-term/transactional. Our youngest workers are perhaps the most nervous moving into an uncertain work environment for the first time, whilst older workers appear fearful that they may struggle to continue working as they approach retirement age.

Free Agents Are Not Who You Think

One of the potential fallouts of our above findings is that talent is far more transient now than it used to be – but employers don’t know it yet.

Job satisfaction levels are relatively high (the majority of people in all age groups feel satisfied in their work), but despite that, 81% of employees still claim they will likely leave their current job within 12 months. Baby Boomers are the most likely to be looking to resign, whilst Generation Z are the least. And out of all our respondents who stated they were looking to go, a significant majority (87%) intend on bailing for another organisation.

This is interesting for two reasons: The first is that common media stigma tells us that it is Millennials who are meant to be the most transient, or least loyal, whereas our findings suggest the opposite is true. Secondly, employers are unprepared for this number of employees to resign.

We asked employers what percentage of their workforce they expected to resign in 12 months. The number? Just 23%. Whilst 81% of employees expect to resign, their managers are only ready for a fraction of that.

If even half of the employees that indicated they expect to resign (40%) go ahead with their intention, this could be a colossal problem in the months to come.

Seniority Means Something Different to Everyone

So why are Baby Boomers so inclined to leave? Do they feel disrespected, or less valued? Baby Boomers seem to feel these things, though their younger counterparts don’t.

Most older workers (81%) somewhat/strongly agree that seniority and tenure have lost their importance, however, only 63% of Millennials feel the same. Additionally, those over 54 years old are more inclined than their younger peers to somewhat/strongly agree that older workers lose out and younger workers gain in the modern work environment – at a rate of 63% (Baby Boomers) to 20% (Millennials).

For any organisation with a high proportion of older workers, this should ring alarm bells – there is a communications gap, it seems, between older and younger people. Those over the age of 54 feel their seniority means less and that they are losing out to the young, whilst the young don’t seem to either notice or agree. Given that older workers are the most inclined to resign, efforts may need to be made to bridge the gap between the age groups, and ensure older workers feel as valued and respected as their younger peers.

The findings from our whitepaper cover a wide range of topics, from generational attitudes to work, to the pressures of finding new talent in this day and age, incentives and rewards to please different age groups, and building a culture that can weather the storm.

What we have presented here makes up perhaps some of the most alarming results from our survey – that employees of all ages are united in their fear of losing their jobs, that many employees are planning on resigning within 12 months, and that employers are largely unprepared to tackle these future challenges. These insights highlight how important it is for employers to be proactive in addressing these trends and to look for ways to bridge talent gaps and alleviate workplace issues.

If you want to learn more about generational responses to the changing workplace, get in touch to receive a copy of our latest whitepaper.