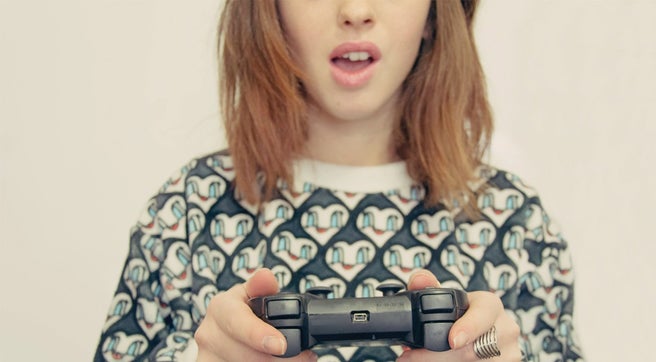 There's a belief that video games are designed by boys, for boys, and that women's involvement is marginal at best. We all know that times have changed, and this is clearly evident when looking at the demographics of video game consumers. In New Zealand for example, 67% of people play video games, staggeringly 47% of them are female. Despite the clear presence of female gamers, the industry itself doesn't seem to be keeping pace. NZ has seen immense growth in the industry and whilst the number of women in the gaming industry has increased substantially over the last few years, it still sits at only 17%. Yes you read right – 17%!

It stands to reason that if such a large percentage of game players are women, they would want to be involved in the industry itself. So, what is holding them back? Historically it has been deemed a boys’ industry. We've all heard rumours of the kind of boys’ club culture the industry is said to cling to – this is changing but is still evident in some organisations. There is also a lack of marketing around it as a full-time career for women, or in fact for anyone as a career.

Things are definitely changing, it’s just taking time. As the reach of games expands from purely entertainment to potential training tools, the audience also expands. And putting our recruiter cap on, opening ourselves up to more diverse hires, means a larger talent pool to select from and a wider variety of games to produce. It becomes a cycle. After all, people who see themselves in games are much more likely to want to become part of the industry.

Just look at the success of Uncharted: The Lost Legacy, a game with two female protagonists. Over the years we’ve seen a variety of games produced by women, for instance, Robin Hunicke’s award-winning Journey in 2012, or more recently in Australia, Putty Pals (Harmonious Games), Ninja Pizza Girl (Disparity Games) and The Sims Freeplay (EA Firemonkeys). There is change on the horizon, and we need to ensure we keep that momentum going. So how do we push for change? How do we ensure that a more diverse pool of candidates considers the gaming industry an option? Thankfully, there are a few things already in place to help us do that.

We’re starting to see some really exciting initiatives take place in the gaming industry. In Australia, Ally McLean, the Project Lead of Sydney indie studio, Robot House, has partnered with IGEA to create Working Lunch, an initiative designed to empower women in entry level roles in the games industry to reach their goals and ambitions within the industry. This is only part of the bigger push in Australia to create a more diverse workforce in the game industry.

In the US, initiatives like She Makes Games, which encourages women to learn code, design and business skills, and AWIT are paving the way for more women to move into the Tech and Gaming industries.

While it may seem like our cousins across the ditch are getting all the glory, Kiwis are doing their fair share as well. With programmes like OMGTech!’s ‘Rangers’ encouraging primary and intermediate school children to get involved with future tech from an early age. What’s more, schools like Marist College are leading the way with a number of different initiatives to encourage female students into Game Development and the wider Tech sector. They partner with organisations like she# in order to create events and meetups to help school kids, tertiary students and women in the workplace come together.

You might want to check out another great blog about some of the fantastic initiatives across New Zealand aimed at providing pathways for Women in Technology, and it’s fantastic to see so many more initiatives continue to flourish specifically aimed at Gaming.

Positive Outlook for the Future

Undoubtedly, the gaming world has a long journey ahead of it, but the future looks bright. There are more women in game development than ever and that's forcing the community to change. Of course, there are hurdles to overcome, but overcoming these will bring great benefits. The more diversity in the industry, the better we do as a whole. We constantly see how an increasingly diverse workforce promotes a culture in which people can thrive and provides a better return on investment. More diversity equals a larger scope for creativity, and surely in an industry as creative as gaming, that can only be an asset.

If more women see themselves represented in video games, there's a larger chance they'll invest in them, and that they may see the industry as a viable career option. It's a win-win.

Women in the industry are trailblazers. They're in the minority, and most are doing what they can to ensure women's voices are heard and their contributions are valued.

The video game industry is booming in New Zealand and if it continues to grow at the rate it has been, having a more diverse workforce is a necessity, not an option. As gaming platforms become increasingly more powerful, developers have way more scope to play with. So why not play together!