Settle Down: Deciding the Next Step in Your Career 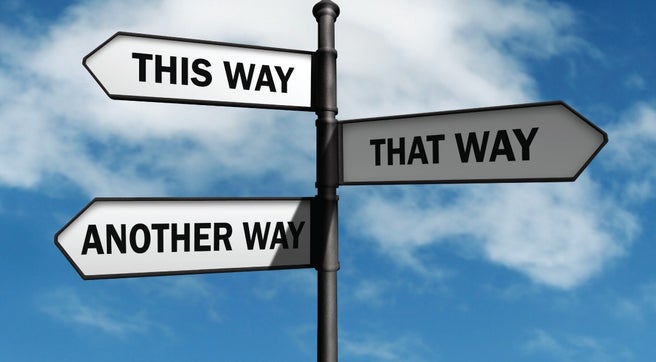 At what point in your career do you say ‘enough’? Should you push ahead to seek more senior roles, settle into your current role for the long haul or ease back to focus on other priorities? The answer obviously depends on a range of factors, including what’s got you to this point and what really drives you.

What’s interesting is that, where once there was a determined drive for promotion up the hierarchy, more and more people are making the decision not to take the next step up the career ladder. We are seeing a larger group of people choosing to stick at what they like rather than what they think they ought to do, such as a Sales Manager who prefers to be at the coal face in a field role rather than in the office with more responsibility, or a marketer who really wants to focus on marketing rather than managing those who are hands on.

Some people have found that the closer you get to the boss’s role, the more you see what’s involved, and often the focus of that next role isn’t quite what was imagined. Others have taken the next career step, only to find that the skills that highlighted them for promotion are not sufficient to thrive at the next level. For instance, someone that consistently exceeds sales targets isn’t necessarily equipped with the skills needed to lead a team successfully.

Alternatives to Stepping Up

Another move we’re now seeing is, rather than making a challenging step up, many people are taking a deliberate step sideways. A company that knows and trusts you is more likely to take a punt on transferable skills, even if you have no experience in another discipline. For example, a Key Account Manager could move into marketing or a marketer might take on an HR role. If you don’t want to transition to a completely new role, consider spending a couple of days a week in a different team or department where you can provide support and learn new skills. Practical experience in more than one function is going to give you an edge when – or if – you decide to aim for a broader, more senior position.

An alternative to climbing up or going sideways is going deeper in your current role. There are benefits for candidates who can find additional challenges without a change of job title, and for organisations who gain deeper expertise in that function. For example, we see good demand for marketers who have really honed their digital skills or gained in-depth shopper marketing experience.

Just as your next career move is not a binary question of staying in your current role or progressing to a more senior position, the answer can change over time. If you don’t want to take on a role with more responsibility now, it doesn’t mean you can’t in the future. Once you have gathered a set of skills for the role you are doing, it’s likely you can come back to that level if you want to take a step back to something that is comfortable and manageable to focus on other priorities in life.

Take a good hard look at why you want to move and then take the first step in a new direction. Or don’t – and settle into the role you enjoy, knowing you’ve considered all your options and that you’re in the right role for right now and for the right reasons.

For more career support, or if you’d like help with finding your next Sales and Marketing job, get in touch with me today.